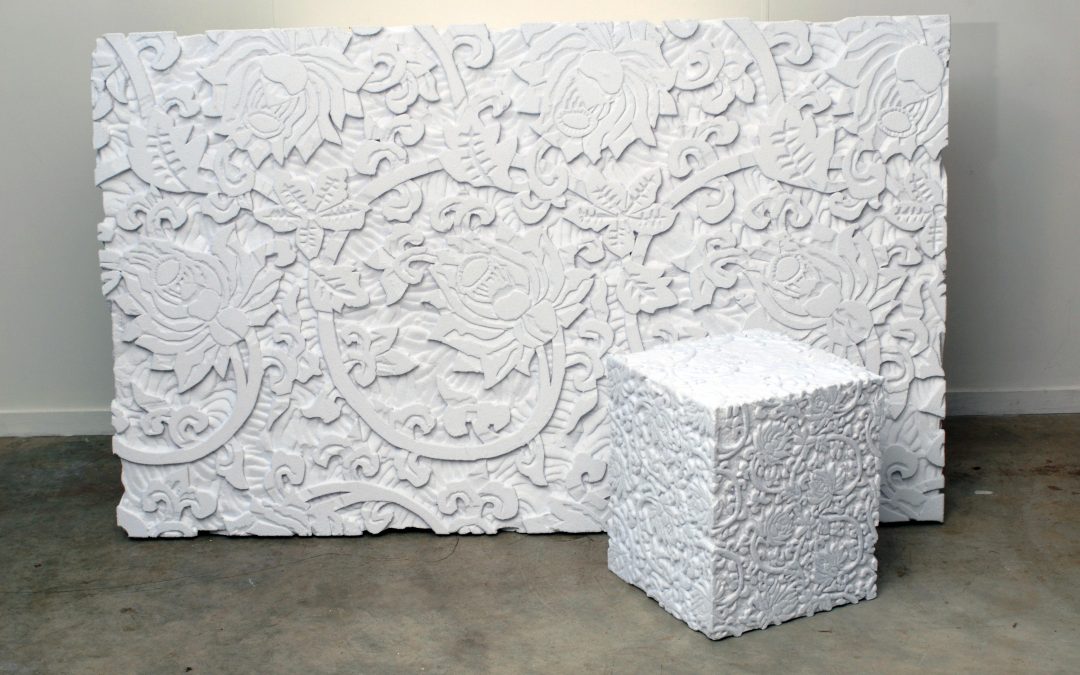 ‘Landscapes are culture before they are nature; constructs of the imagination projected onto wood and water and rock.’

For centuries, the rhythmic patterns and chaotic ferocity of nature have been a source of inspiration for artists. The emergence of landscape painting reached its height in 12-13th century China, but it wasn’t until the late 18th and early 19th century that European landscape painters captured its full metaphoric potential in oil paint on canvas. What we see is a pictorial representation of nature in the form of landscape, but it is imbued with poetic metaphors for the human condition. Capturing an impression of nature’s wild, untamed forces, finding a visual parallel for the sublime, representing the life-force chi in black and white ink paintings, or extracting intricate patterns from botanical of geological forms, endless imagery can be harnessed from the micro and macro natural world.

In the 21st century, artists engaging with the landscape recognise that they are dealing with the confluence of nature and culture, that a landscape is an idealised version of nature seen through a filter of culture. Whether it is imposing order upon the landscape, or extrapolating order from it, the patterns that emerge as part of this natural/cultural system represent a convergence of chaos and order.

Nicole Voevodin-Cash works within this realm, deriving order from chaos, and finding chaos within orderly systems. Her work traverses aspects of the landscape, sometimes being imposed upon it in the tradition of extravagant gardens of the Renaissance, sometimes being derived from it, using the intricate floral patterns, Japonismes and Chinoiseries of the nineteenth centuries as the basis for her sculptural reliefs.

As a sculptor who works with the physical form of the landscape, Voevodin-Cash is somewhat removed from the objectivity that landscape painters adopt – that the landscape is ‘out there’ with the artist looking at it from a distance – a gesture that we, as viewers, must imitate in order to understand the landscape painter’s viewpoint. With Voevodin-Cash’s works, the viewer is not afforded that distance, but becomes a participant, performing (even as oneself) within a constructed landscape. The installations may comprise lines on the ground, domestic plans imprinted onto lawns, geometric maze-like patterns, or concentric circles, but they demand interaction, to be experienced physically and not just contemplated from afar.

The challenge of creating sustainable interactive works of art has intrigued Voevodin-Cash for a number of years: how to make something with which people can engage, that will withstand the rigorous demands of physical activity. It is an ongoing thread in her work, whether the object produced are furniture, sculpture, installation or two-dimensional works. Voevodin-Cash suggests that this type of engagement results in a work that ‘“is” and “does” rather than simply represents or depicts’. Engaging with the work on a physical level demands more than an understanding of the work from a purely intellectual perspective, it requires the viewer to set aside their self-consciousness and become physically involved.

Voevodin-Cash’s work may take the viewer on a circular walk around raised grassy mounds (Watermarks 2006 installed at the DPI Research Station at Cleveland), through a floriated maze-like geometry (Rug, at the Helen Lempriere Sculpture Prize 2003), or up and down in springy steps across a minimalist landscape of one’s own construction (Joyce Terrain, shown at the Institute of Modern Art, Brisbane 2004). This can have some surprising results. While looking at Voevodin-Cash’s work, one’s muscles and sense of balance are drawn into play, olfactory senses are tested by the materials used, as well as one’s eyes, straining over a distance to scan the installation, or across a wall to sketch out a forest. Such sensory experiences can unlock, or reinvigorate, memories of the past, recalling similar scents and physical actions. Each sensory trigger elicits different meanings for each individual.

Joyce Terrain toyed with another aspect of Voevodin-Cash’s work: that of the viewer’s role in the work’s construction which, in turn, reflected on the question of what constitutes a ‘finished’ piece, as Joyce Terrain constantly shifted and morphed according to the direction and level of participation. Provided with a series of white, geometric forms – cube, sphere and cone, reflecting the geometries found in cubist landscapes – the viewer was invited to create and recreate the landscape, to ‘personalise’ it, within an essentially impersonal white box space. This, the artist suggested, aroused ‘playfulness in the audience, encouraging them to interact and rearrange each shape in the creation of their own environmental landscape. … It is the body of the sitter, the toucher that creates the demarcation of this landscape – from sculptural installation, to furniture, to habitat, to corporate identity – through their engagement, mischievousness and movement of and through the Terrain.’

Voevodin-Cash’s recent works are less involved in imposing order upon an unruly outdoors landscape, or allowing the viewer to activate and control the shape of the landscape indoors, but are concerned more with deriving forms from it.  Of this work, the artists states that she is ‘trying to bring indoors the feeling you get when you might be outside looking at tidal markings, rippling wind marks, ocean waves, plant foliage, flower beds and gardens by creating a dialogue directly with the landscape it exhibited in and for.’

Voevodin-Cash’s recent works comprise a series of intricately carved and ‘flocked’ relief works which stand in stark contrast to the white minimalist geometries of Joyce Terrain. In these works the artist has incised intricate designs based on natural forms into high density foam, which is then sprayed with commercial ‘flocking’, to create a velvety texture that is at once perfectly even, but reveals the hand-carved substrate. Flowerbeds, the larger of these works, are installed horizontally, bed-like, and the Wallflowers installed vertically, reminiscent of large, carved marble reliefs of antiquity. The surface designs are based on eighteenth and nineteenth century patterns which were themselves inspired by nature, and link the external, natural, botanical world (even if seen through a veneer of culture) to the internal, cultivated human domain (where much energy is spent deflecting chaos). With names like Wallflower lily and Wallflower orchid, Voevodin-Cash plays on the negative implication of being compared to the botanical world – even if the flower is elegant and glamorous.

In the series ‘Can’t see the woods for the trees’ Voevodin-Cash titles groups of carved tree silhouettes with familiar one-liners. Again, the high-density foam and flocking technique is used to create a series of slender tree shapes that are precariously pinned to the wall, but they are created in velvety, dark colours that are reminiscent of deep forest shadows. While the works are evocative and sensuous, the titles, Stuck on Yew, Pining 4 Yew, Silly old Pear, are sentimental and corny. When coupled with the repeated, identical tree shapes that, en masse, signify the homogenisation of idiosyncratic botanical specimens through agricultural plantations or personal viewing habit, these works become disturbing reminders that cliché is not restricted to word – images of the landscape can just as easily succumb to cliché.

However, Voevodin-Cash lives and works surrounded by the natural world: her studio and house is situated in a lush, sub-tropical rainforest of nine and a half acres. It is a major wildlife corridor teeming with different birds, animals and insects. The drive to it winds through the southern valley of Buderim, in the Sunshine Coast hinterland. Voevodin-Cash’s concept of the landscape is derived as much from personal experience and observation of it as from any historical knowledge about it. Hers is not a romantic ideal. It is lived and worked. That the landscape in which Voevodin-Cash lives has been fashioned by her is as critical as the manner in which it impinges upon her. For this artist, the cycles, patterns and chaos of nature are in concert with her attempts to create ordered landscape in which to live. The oscillation and coexistence of order and disorder, culture and nature, are constantly both reality and inspiration.